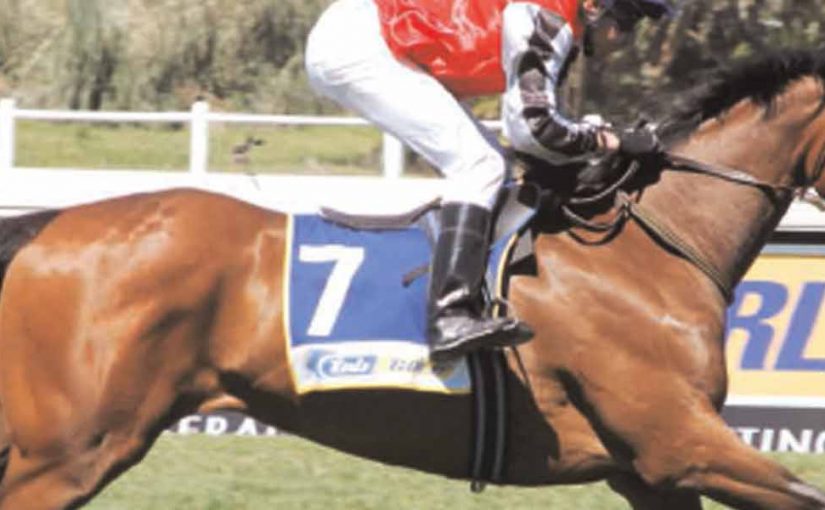 TAKING IT IN YOUR STRIDE

DAVID THISELTON (The Racegoer – Keeping you on the right track)

TRAINERS have for a long time recognised the importance of stride length in ascertaining a horse’s ability, fitness and soundness and there is new technology on the market that could aid them in their identification and analysis of this factor.

The former jockey and trainer said about the simple-to-use, automated technology, “Stride length on its own, or GPS and heart on their own, does not supply as complete a picture as we now have.”

Stuart and his team noticed that there was a very close relationship between stride length and speed in the zone between 28 and 60
km/hour, and 50km/hour was identified as the most relevant point.

The SL50, which is the captured stride length at the time the horse travels at 50 km/hour, is computed after the analysis of hundreds of individual strides. To date the SL50 range has been between 5,6 and 7 metres, with an average of 6,1.
Stuart said, “Longer striders are more suitable to distance and in fact no short striders have been successful over distance unless it is an extremely weak race where their other assets (heart size and fitness) are better than the others. All our successful Group horses or stayers have had a long stride and a lot of the Group 1 winners have had a stride of between 6.7 – 6.9 SL50.”

A key note, according to Stuart’s research, is that at peak speeds every time a horse lands on its front feet it slows down by an average of 3kph. It will make up this deficit when it pushes with its back legs provided it has sufficient energy to do so. However, this means more energy is required to maintain motion and quite often in track work the peak speed a horse can reach is only maintained for three to four seconds.

He continued, “Shorter striders tend to run over shorter distances. However, a Group 1 1 200m-1 600m horse who had earned $1.7 million in stakes had a 6.8m SL50. The short strider with a fast leg turnover can be successful as long as it has a high peak speed and high anaerobic power. Where it gets very interesting is that 90% of the longer striders are winning and 90% of the short striders losing across the board.”

Stuart also spoke about the usefulness of the SL50 measurement in picking up soundness issues, “A horse that dropped from 6.4m SL50 to 6.1 was found to be shin sore. A beautiful big horse I expected to be 6.4 plus was found to be 5.85. The horse had won a trial but then bled. Did he bleed because of the extra stress of a trial and is breathing related to stride? I’m not sure but I suspect so.

A Group horse that carried issue was reading 6.3, but after having his joints treated was reading 6.65 and won a Group one. A Group 1 horse who was reading 6.5 dropped to 6.1 and was found to have bowed a tendon.”

Stuart said that the surface and weight of the rider affected the mean average, but added that most trainers work their horses in the same environment, so general trends can be recognised.

He said that “laziness” also affected stride length and cited one example of a horse that read 6.3 on its own, but 6.6 when working upsides and this subject went on to win a

An E-Trakka chart that couples stride length and speed versus time, shows the stride shortening at the end of a workout. This could obviously be useful in monitoring a horse’s fitness, for the stride length shortens as a horse tires.

He said, “As a general rule of thumb a longer stride is a good asset, but other weakness can be picked up in the GPS and heart rate profiles. For example, a poor recovering horse with a low peak speed does not have the natural talent to use its asset.”

Stuart believes that the most important aspect in the first phase of a horse’s training regimen is to identify its ability and capacity to race.

The SL50 measurement, coupled with the other E-Trakka data, could be an invaluable aid in determining this and ties in with two key statement’s in his training philosophy:
1) “One of the greatest challenges a thoroughbred horse trainer faces is the application of stress to a talented horse, as the stress applied may never be great enough to create the advance in the horse’s fitness.”
2) “Stress must never be applied greater than the limbs or body can tolerate.”

E-Trakka Arrives in America – and with it, An Enthusiastic Disciple of Data!

E-Trakka reading of Zoustar featured in the Racing and Breeding